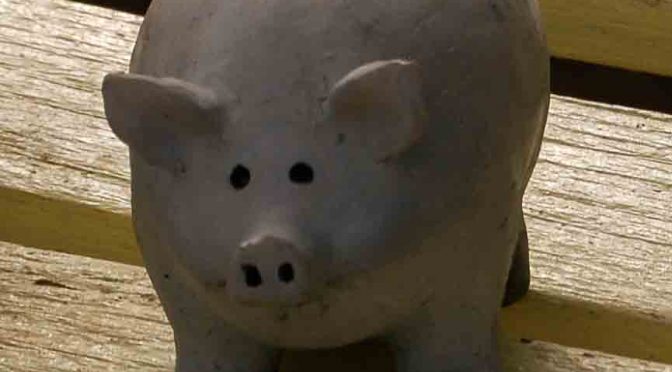 People are/should be up in arms! The actions of the 1% have led to the “late, great United States” and also systematic pillaging of the world. They are against nature – but no they are nature run rampant, as in a swarm of locusts set upon the land in numbers that decimate.

There. Now that I’ve said that, who are “they” and what should “we” do about “them?” (#BetsyDeVosShouldCleanSchoolLatrines.)

Right now we are experiencing the dichotomy of the struggle for freedom and the repression of freedom occurring simultaneously. But why would it be otherwise? We are at the Tipping Point.

There is a long history of corporate personhood — the bestowing by our judiciary of 1st and other constitutional (amendment) rights upon corporations.

And there is a long history of peoples’ struggle for freedom and rights in the US beginning with our Revolutionary War. The two are now pitted squarely against each other. Corporations currently are asserting their power. They want more. Of course, a corporation can’t speak (then how can it have rights and privileges like the ability to contribute to political parties!?) If a corporation can’t speak then WHO is behind what is going on?

Well, the Koch Bros and others, have together or separately, by orchestration or accident of greed, conspired to rid the people of the US of their power once and for all.

The 1st election since the Citizens United Supreme Court case gave a sweeping victory to Republicans supporting the corporate agenda. This agenda has been rolled out across the US since in various state legislations, including Kansas (K.S.A. 72-5413), preventing any “labor organization or professional employee organization or public employee organization to use dues, fees or any kind of deduction from a member’s paycheck for the purpose of engaging in political activities.”

Why do the 1% care about ending Union dues? Because the USSC case, Citizens United, allowed for corporate say (sway) over elections AND for UNION input, too. So now it’s time to eliminate all competition by eliminating Union power (the last voice of the people) so that only the corporations have voice.

How are the corporations heard? Corporate dollars can be used to voice political opinions, as can Union dollars according to Citizens United. The Sacklers — the family that owns Purdue Pharma (remember, the ones responsible for the opioid crisis who are opposed to the Affordable Care Act?) can use their corporate dollars to back political candidates that will ensure they keep raking it in at our expense. And voices in union won’t be heard to counter them because Unions may be expressly prohibited from collecting dues from member’s to go to political activities.

What are the corporate voices saying? In a nutshell:

Since there is a big, ol’ global-warming clock loudly ticking, it makes sense that the 1% ought to be given a good, long time-out. So, don’t forget to support your local union, and #BetsyDeVosShouldCleanSchoolLatrines. 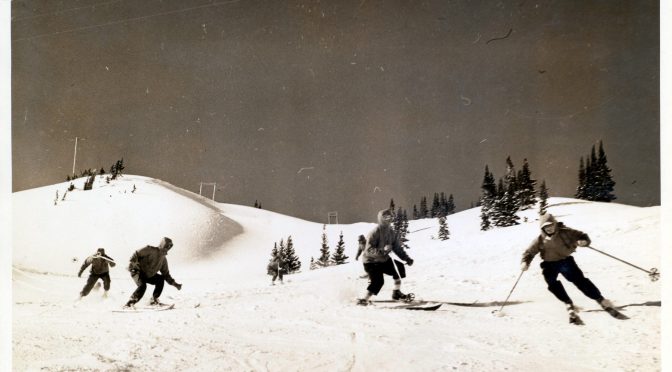 Snow blanketed the town in quiet isolation. It covered the roadways and rooftops and treetops, even the magnificent climbing tree that shaded the Carroll’s tiny well-maintained home across from the grade school. Everything was covered with feet of fluffy white powder. Borne by the wicked winter wind, it had curled around corners to layer unevenly on window ledges, lapped over porch screens to create rippling patterns, and drifted into mounds that covered bushes and bicycles, burying whole cars under its weight. It covered Myrtle’s flowerbeds leaving only some tall stalks visible, outlined in glistening ice.

Sledding behind cars was prohibited, and so Bob, Art, Harold and others got out their skis. They gathered at the top of 14th Street hill, put their skis on and waited, throwing snowballs and shoving each other around to stay warm. They were waiting for the first likely, unsuspecting bumper to come their way.

Art pulled his cap down over his ears, rubbed gloved hands together, and grabbed onto the silver fender of a blue Oldsmobile sliding off on wobbly but confident skis. He guided his way nimbly along the edge of the road, slipping back behind the car to avoid heaps of snow, trash cans, and occasional pedestrians. The hill was considerably steeper than he’d expected. His scarf flapped in the wind like a kite tail as he shifted his weight expertly beside the Olds’. Art was fourteen and fast. But gaining speed wasn’t the hard part, slowing down was. At a T-intersection, he lost the car when it turned the sharp corner to the left and Art found himself continuing forward, flying.

He winced a bit now as he stretched, still sore, but he was the first one up as he usually was on cold mornings, up before anyone scratched a match to the cast iron to light the wood stove, when fingers of ice still tickled at the spine, encouraging a shiver. This morning was no exception. He nursed the cut that was sure to turn into a scar and remembered the impossibility of being airborne and the pain of landing as he scuttled into his jeans.

END_OF_DOCUMENT_TOKEN_TO_BE_REPLACED 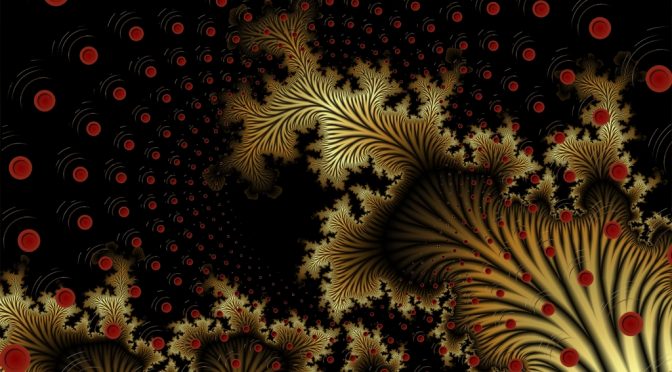 it was difficult to tell the difference

between me and you

so alike we two

we both burn hot and

we take our time to cool

now we are as one

for a bright and shining moment 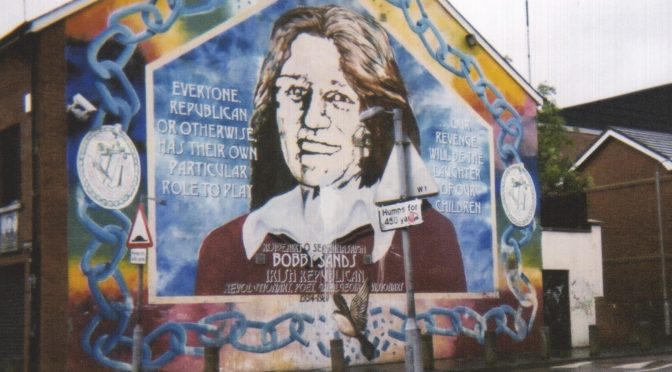 Do not attend a hate rally! Instead, according to the Southern Poverty Law Center in 10 Ways to Fight Hate you should, “Hold a unity rally or parade to draw media attention away from hate.”

Rallies and marches held by the Ku Klux Klan and other hate groups are protected under the First Amendment. If we are able to stop one group from gathering, then what groups would be prevented next? Rather than risk losing our rights under the First Amendment, “our efforts should focus on channeling people away from hate rallies.” END_OF_DOCUMENT_TOKEN_TO_BE_REPLACED

Walk softly by the tyrant

Tread lightly near the rulers of gold

Tuck in your wings

Lest they hear you

They have of truth

Lay it out for few

Foaming at the mouth

Lest they come for you 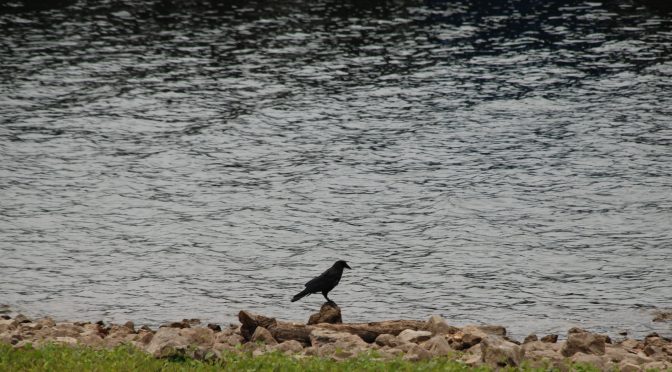 Do you follow the trends, have the latest gadgets? Do you watch TV, follow the popular shows? Do you believe the things you read on facebook? Are you able to think for yourself? Are you able to reflect and consider, or do you react and follow along? Just how manipulatable are you?

These are important questions to ask yourself in a hot and volatile world that is only getting hotter and more volatile. Global warming and lies. Deception and gain. Greed and death. Ho hum. Change the channel, will you? Oh! You can’t.

49 years ago today the My Lai Massacre brutally took the lives of almost 400 unarmed people—including mothers and babies, and the old. More people were victimized than just those slaughtered that day. Innocence was lost all over the world as news of the atrocity—of the evil committed by good American solders—altered the way we look at ourselves. Group evil was acknowledged due to the My Lai Massacre, and rightly feared. But what has been done since to understand group evil and prevent its recurrence? Apparently, very little. END_OF_DOCUMENT_TOKEN_TO_BE_REPLACED 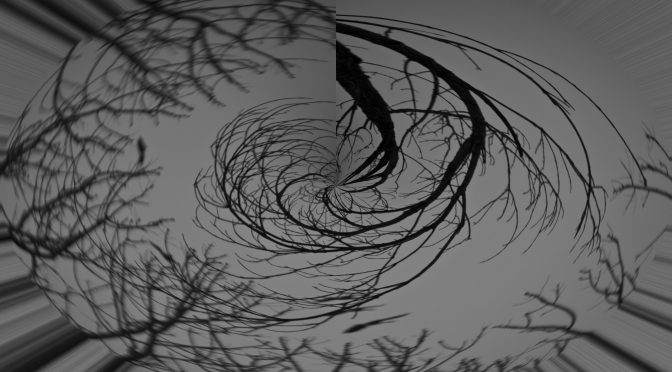 Does time fly when you’re having fun? Have you wasted all your time? Are you losing time? Is it possible that you’ll never find the time again? Is time like sand in an hour-glass? Is time money?

It appears most of our expressions referring to time communicate that time is a commodity. But is this true? Is time anything at all? If we agree the clock is ticking, does it tick the same for you as it does for me? Are we all subject to the same time restrictions?

It turns out that the answer is “no.” Einstein’s theory of relativity explains how time passes more slowly for those moving at greater speeds, and more quickly at greater heights (people age faster living at the top story than the bottom. If there’s a message in any of this it is: move fast and stay low!)

What little we know about time raises some interesting questions.
Let’s say you carefully measure someone’s physiology—their breathing, heart rate, blood-pressure, etc.—and then ask them to view random photographs that might be expected to trigger a measurable emotional response. Dean Radin’s experiments demonstrate that people in fact responded in the expected emotional way—joy, sadness, fear—in response to certain images, but their response was documented prior to seeing the photographs! END_OF_DOCUMENT_TOKEN_TO_BE_REPLACED 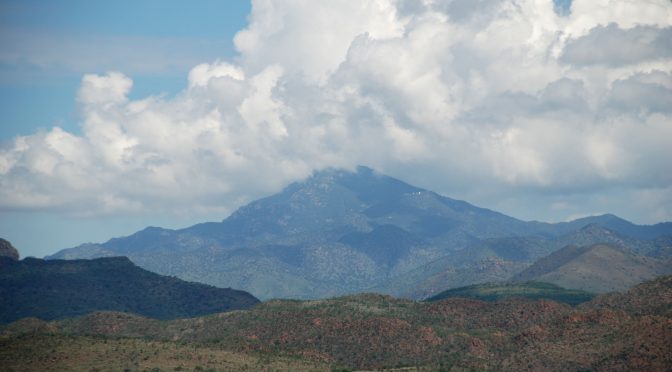 A DAY IN POMPEII

Gaping holes where knowledge once huddled,

Played out in a line, or

A small chunk of limestone or marble,

Just a day in Pompeii. 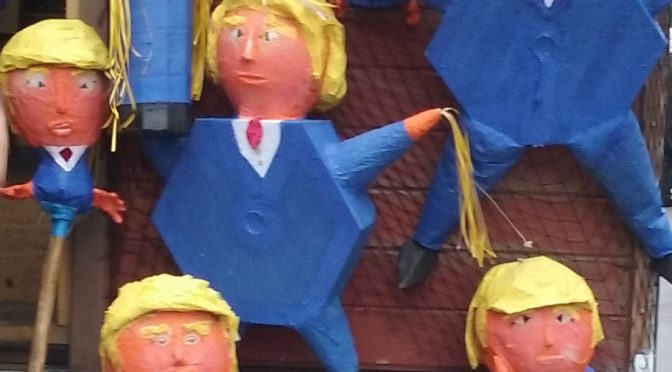 Are you free to make your own decisions as a “conscious” being, or are you predisposed—fated—to think and act in certain ways? What part does chance or randomness play in your life?

Imagine you are a physics student and you’re about to fail a class in quantum mechanics. You’re scouring the depths of the library for something, anything, to help you write a good enough paper to get a passing grade. (It is 1967 so you can’t just Google it.) On a dark, lower shelf a small, dusty book calls to you and you pull it from its undisturbed resting place of several years. The dusty book was John Bell’s thesis on entangled particles and the struggling student was John Clauser. The rest is history.

John Clauser got his PhD in astrophysics and went on to contribute greatly to our understanding of quantum mechanics, in spite of his rough start. John Bell was rescued from obscurity. Bell had an idea for an experiment to test Einstein’s assertion that there was a hidden or unknown cause for the troubling behavior of entangled particles.

Entangled particles, like separated Siamese twins, remain interconnected even at great distances and with no identifiable means of connection or communication. Einstein was certain there must be some undiscovered “hidden” force behind the weirdness, or as Einstein put it, “spooky action at a distance.”

Is there something hidden behind the curtain—some unseen cause that makes sense of entangled particles? John Bell’s rediscovered experiments offered a way to test Einstein’s theory. The testing hasn’t stopped since. END_OF_DOCUMENT_TOKEN_TO_BE_REPLACED

Is consciousness like cruising in a canoe on a calm river that gently flows in one direction? Or is it more like a jet-ski ride where we leap over the water’s surface and then slap down again and again like a zig-zagging bull-frog?

In these discrete moments we interact with the quantum field. Imagine the quantum field as an ocean of waves where the tips of the waves represent physical reality and everything else potentiality. In this view, our perception of the material world is just the crest of a wave in the sea of possibility, and consciousness is an act of riding the waves.