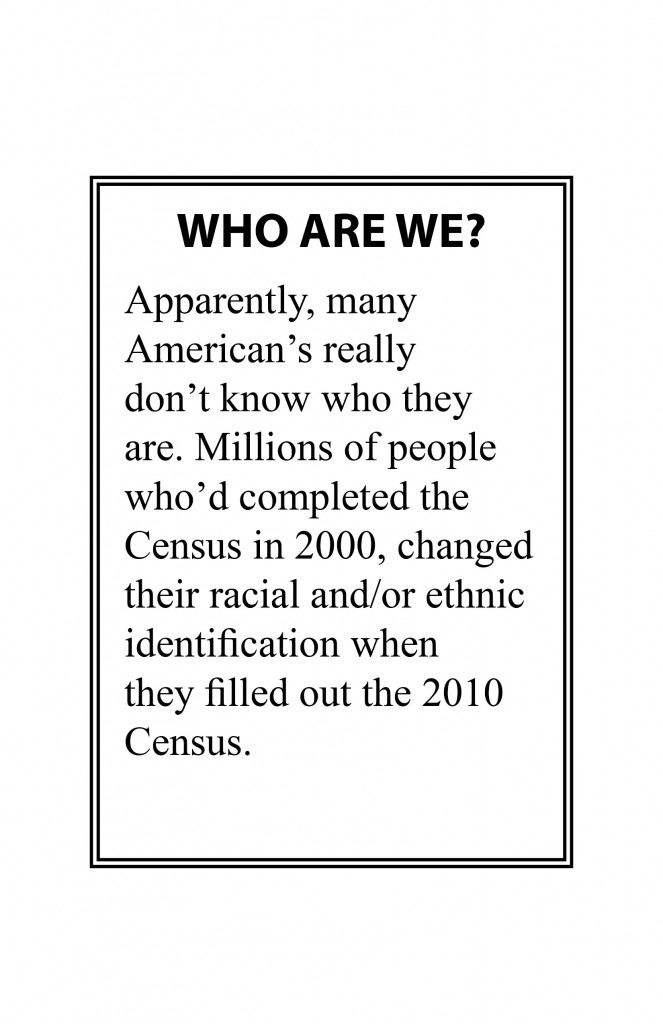 In 1990, the U.S. Census recognized the following four “races”: American Indian or Alaskan Native, Asian or Pacific Islander, African American, and Caucasian; and the following two ethnic categories: “of Hispanic origin” and “not of Hispanic origin.” The 1990 Census did not clarify the difference between race and ethnicity further and acknowledged the absence of scientific or anthropological basis of its categories.

The 2000 Census recognized: White (including people with origins in Europe, the Middle East, and North Africa such as Irish, German, Italian, Arabic, Greek), Black or African-American, American Indian or Alaskan Native, Asian, and Hawaiian or Other Pacific Islander and the following two Hispanic or Latino or Not Hispanic or Latino. People who identify themselves as Hispanic or Latino may be of any race. Instead of designating “race”, “Latino” designates cultural affiliation such as place of birth or origin, ancestry, and/or tradition.

The 2000 Census also allowed for Americans to select more than one category for the first time. And the 2010 Census provided for an “other” category, allowing people to opt out of any category listed. 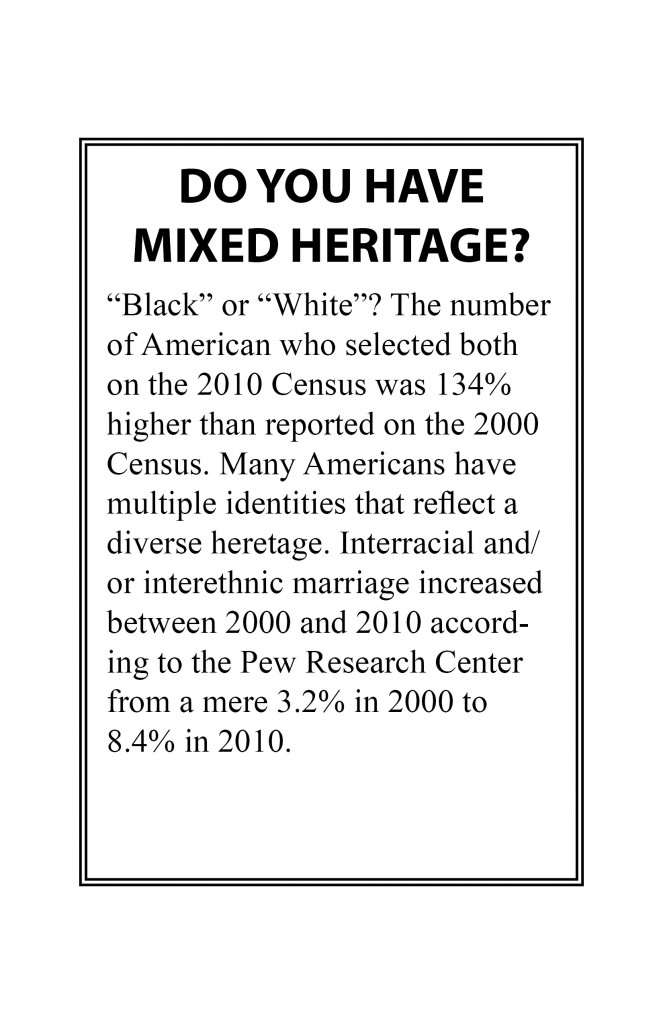 Why is this kind of information collected? Both public and private groups use Census data to discover where services might be needed of special interest to certain racial or ethnic groups, such as screening for hypertension or diabetes. Census data is used to meet legislative redistricting requirements and to monitor compliance with the Voting Rights Act. It is also required by Federal programs that promote equal employment opportunity. Census information helps communities obtain federal funds and better plan for needed schools, public transportation, and community programs.

Because of all of the confusion over the definition of “race” and the difference between “race” and ethnicity, there are those who think we should give up the idea of “race” altogether and end Census questions based on racial categories. However, if we stop collecting data on “race” before discrimination based on the perception of “race” is eliminated we won’t have the information necessary to address social issues.

Collecting racial or ethnic data helps us determine the level and kind of discrimination occurring in our communities.

For example, because of race questions on loan applications, the federal government has been able to document the practice of redlining by financial institutions. Traditionally, redlining meant that lenders identified poor urban neighborhoods with high minority populations and refused to provide home loans. In 1992, the denial rate for blacks and Hispanics was about double the rate for Whites. Reverse-redlining was observed during and after the sub-prime mortgage crisis where lenders targeted the red-lined area for predatory lending practices, giving loans to those who could not pay them back, creating financial disaster that culminated in recession in 2008-9.

Census information is used to redraw the boundaries of electoral and school districts and apportion congressional seats. The increase self-reporting of Hispanics on the 2010 Census resulted in additional seats in congress in eight states according to NPRs Corey Dade.

While the controversy over how we choose to identify ourselves rages on, the categories of “race” and ethnicity we’ve created have become a fundamental part of who we are. They play a role in shaping our perception and behavior toward each other. So much of what divides us has been based on the distinctions we make between racial and ethnic categories that in order to address the damage done to social unity we must first deal with the impact of racial thinking and its negative result: racism. 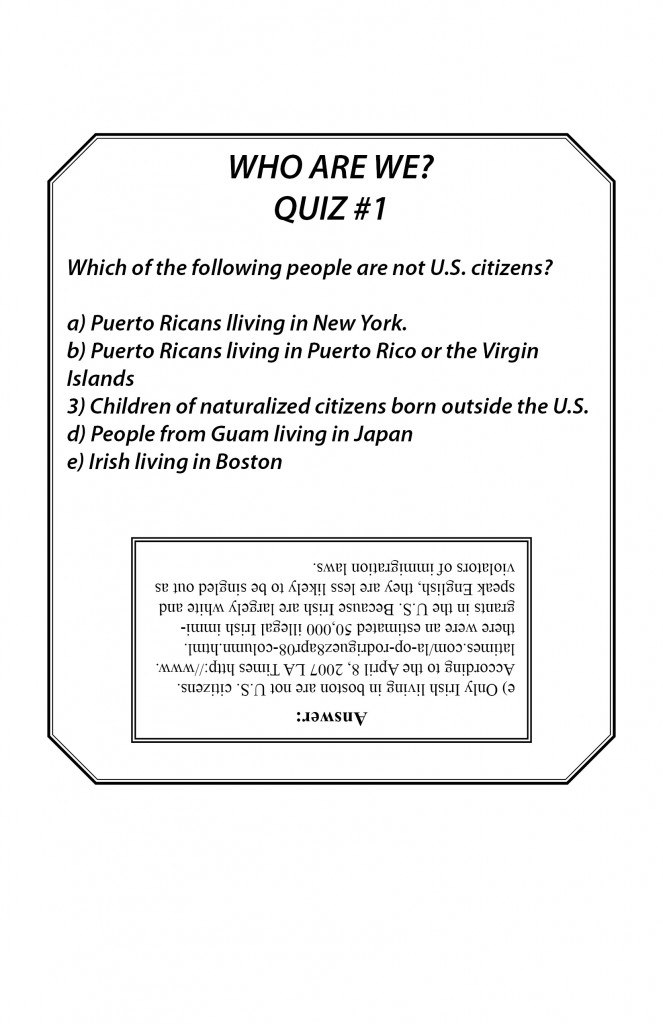 It’s likely that our identifying categories will changes again. for the 2020 Census, some have suggested combining the Hispanic category with race.

The American Anthropological Association recommends the elimination of the term “race” altogether to be replaced by the category of ethnicity. This is because categories we select have much more to do with percieved identity than ancestry.

Why do we have racial and ethnic categories? When does someone become just plain “American?” When racism and acts of prejudice no longer interfere with life, liberty, and the pursuit of happiness for all, we can each enjoy being just plain “American.”