We are all influenced by our experiences. Three experiences contributed greatly to how I think about race & prejudice:

1. I have experienced prejudice for my Irish heritage several times in my life. Typically, these were simply in the form of rude comments; once, however, I was a student in a college course taught by a Scottish instructor. He not only made rude comments and jokes about Irish, but graded me down. I can understand the frustration of a deserving student of color who “knows” he is being discriminated against by a teacher, but who believes he has no recourse.

Prejudice: “preconceived opinion that is not based on reason or actual experience.” The Oxford Dictionary online.

2. I enjoyed a workshop with a tall white man who brought in his black family at the end of the second day for the class to meet. He was the biological child of black mother and black father and had black siblings and black grandparents. John Gray himself appeared white. What a perfect upbringing for a future diversity trainer!

3. While I was teaching a workshop on diversity, a lovely, well-dressed, young black woman insisted to everyone in the room that she had never personally experience prejudice in her life. I resisted the impulse to say, “give it time.” 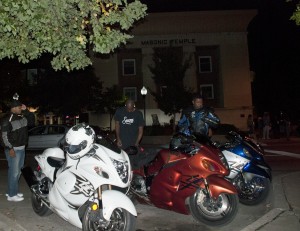 Prejudice and discrimination exist in America, and elsewhere, and they remain unresolved because of our brilliance at denial. People react as if the incident in Ferguson, Missouri in August 2014 was a shock and surprise. As John Stewart cleverly pointed out on the Daily Show, young black men are shot by police routinely. The real shock and surprise is our continued ignorance— ignorance of our history and ignorance of the bizarre meaning we place on skin color. That black child is part white, and just as likely, that white cop is part black (have a genealogist do some digging and then shake your head no!)

The shooting of Michael Brown by police in Ferguson, Missouri on August 9, 2014 continued a trend. Yet the question is still asked: Haven’t we gotten beyond the “race” issue? The answer is clearly, “no.” On this blog, How We View Ourselves & Others, we’ll take a look at the history of racism in America and where we are now. Considered comments welcome.